Looking for your next laugh? We have a side-splitting comedy schedule for 2019 & 2020, kicking off with a BRAND NEW Season of Sunday Night Comedy headlining Seann Walsh on the 8th September.

Returning from his run in America, where he made his USA television debut appearance on Conan, Seann Walsh is back on tour in the UK. This dishevelled, fiery, animated, fiercely idle, millennial man child is one of best live comedians to have come out of the UK.

Seann made his acting debut starring in Comedy Central’s sitcom Big Bad World, this was quickly followed up by the lead role in Monks (BBC One).

Seann’s show will have two hilarious support acts (to be announced) and hosted by regular host TOM GLOVER.

Book all three comedy shows for just £10 a ticket… 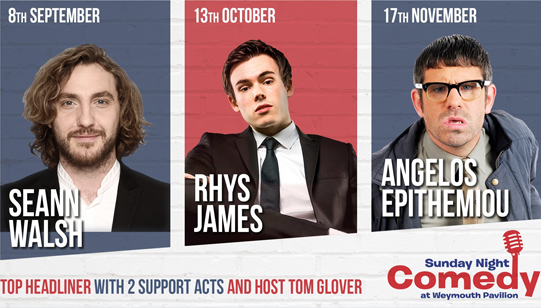 Mock the week star Gary Delaney is bringing his sell-out tour Gagster’s Paradise to Weymouth Pavilion on the 11th August! Gary promises no mention of Brexit or politics, just an evening of brilliant one-liners guaranteed to have you in stitches! 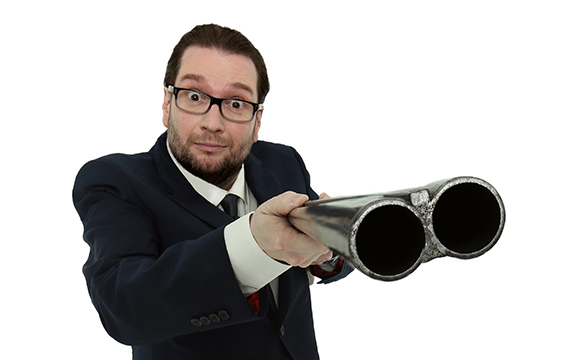 On the 29th August Jethro will be presenting an evening of hysterical nonsense, as he allows the audience a peek into the circus lurking deep within in the mind of, probably the greatest, comic storyteller ever to grace the stage. 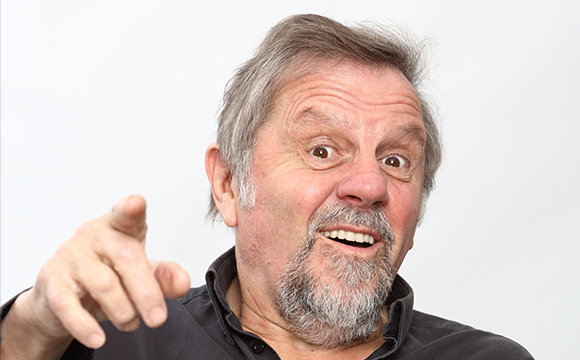 Henning Wehn – Get On With It

Delving deeper into next year (22 Feb 2020), German Comedy Ambassador Henning Wehn will take to the stage for an unforgettable performance. You may have seen Henning recently on ‘Live At The Apollo, Have I Got News For You, Would I Lie To You, 8 Out Of Cats Does Countdown, Fighting Talk (BCC Radio 5 Live)’, and ‘The Unbelievable Truth’.

This show is already popular so make sure you book early to guarantee your place: http://bit.ly/2yLugX7 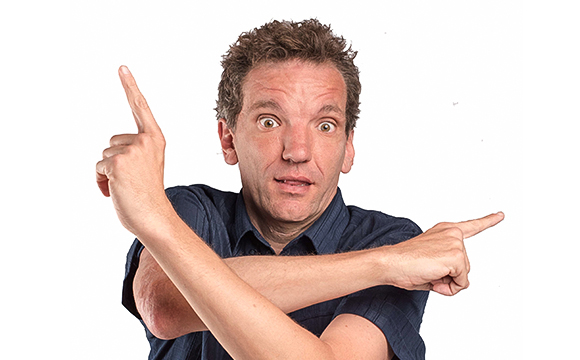 Rhod Gilbert – The Book of John

Described by the Telegraph as ‘Britain’s crossest comic’ Rhod Gilbert is back after a seven year break from stand-up with his raw, personal and brutally honest tour. As seen on ‘Rhod Gilbert’s Work Experience’, Would I Lie to You, Taskmaster, QI, The Apprentice: You’re Fired, Live at The Apollo, Have I Got News for You?’, and much more… 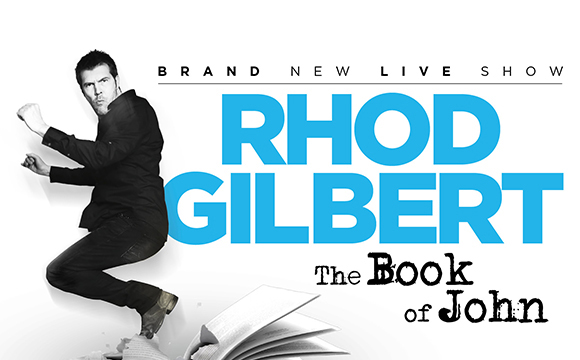 Subscribe to our emails and be the first to know about what’s new on sale, special offers and more: https://oi.vresp.com/?fid=04f1f4c8c4