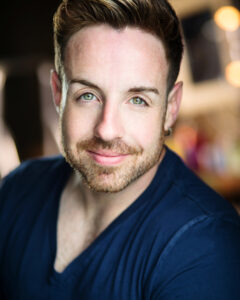 Stevi started performing at the age of 16 and trained at the London School of Musical Theatre and ALRA for the 3 years acting course.

Stevi then went on to perform in various Pantomimes around the country such as Buttons in Cinderella, Aladdin & Wishee Washee in Aladdin, Potty Pierre in Beauty and the Beast, Jack in Jack and the Beanstalk and most recently Tin Man in the UK Tour of The Wizard of Oz.

Stevi Ritchie first found fame on the X Factor 2014 where he placed 6th out of 16 acts and was the last wildcard standing mentored by Simon Cowell.
Cheryl bought him back as a wildcard after being knocked out of the competition at Judges Houses.

Since X Factor he has appeared on numerous TV shows such as This Morning where he presented the Prize Giveaway Competition as well as 8 out of 10 Cats, Celebrity Benchmark, Big Brothers Bit on the Side, Reality Bites & Who’s Doing The Dishes to name but a few.

Stevi then entered the Celebrity Big Brother house and came 5th in the final.

He since has released a single in Japan with Sony Japan with top Producer Mr Akimoto.

Stevi has a very supportive family and a wonderful daughter called Summer.

Stevi is delighted to be returning to the Pavilion this Christmas in Sleeping Beauty where he looks forward to playing the role of ‘Chester the Jester’ and making everyone in Weymouth laugh. 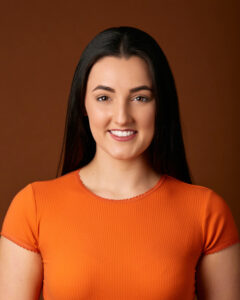 Having spent the last year in Turkey as a production cast vocalist for Tui Blue Sensatori, Charlotte is extremely grateful and excited to be returning to her hometown for the festive season. She last performed at Weymouth Pavilion in ‘Pirates of the Pavilion’ in 2017. Since then, she has travelled as a vocalist abroad and on home soil, notably as a resident Cast Vocalist at Butlin’s Minehead and Skegness.

She has always loved Pantomime, from her first performance as a juvenile in 2007 to her professional principal debut in 2014. She has played many roles such as ‘Princess Pearl’ in The Little Mermaid, ‘Fairy Gee’ in Cinderella but her favourite being ‘Carabosse’ in a previous production of Sleeping Beauty. Charlotte is very excited to be swapping naughty for nice and putting on her tiara as Princess Aurora this Christmas.

Charlotte’s love of theatre and singing was nurtured by her wonderful vocal coach Martine Burt and ‘WOW Youth Musical Theatre’ to whom she would like to thank for their years of encouragement and fond memories. 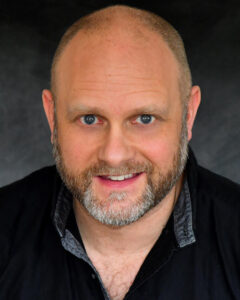 Chris trained at Drama Studio London and The Artists Theatre School, under the mentorship of Amanda Redman.

This Wizard of Oz tour will be Chris’ 25th pantomime. Last December, Chris was delighted to return to Dorking, having previously played Dame and directed Aladdin in 2013 and Jack and the Beanstalk 2014. Since then, he has spent three panto seasons in London, followed by Ipswich and Newcastle.

In the West End, Chris spent 18 months with English National Opera, performing in The Handmaid’s Tale (directed by Phyllida Lloyd), The Rhinegold, The Valkyrie and Semele (London Coliseum).

Other theatre work includes The Wheels on the Bus (No1 UK Tour), Wise Women (Tour), Fiddler on the Roof, Company, Little Shop of Horrors, Much Ado About Nothing, Twelfth Night, King Lear, and Romeo and Juliet. Chris played King Cuthbert in the UK tour of Rapunzel, and the Wizard in a previous UK tour of The Wizard of Oz.

On television, Chris played Simon Hall in New Tricks (BBC), as well as roles in At Home with the Braithwaites (ITV), Other People’s Children (BBC), Tamil Tales (Sky), and Being Dad (Sky).

Chris performed with Sir Paul McCartney at the O2. He was murdered in the film Barn Dance, and is the voice of Suzuki in the award winning horror film Iche the Killer. 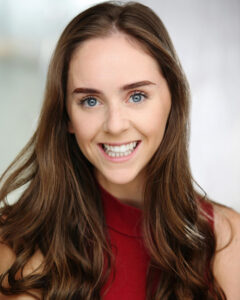 Ellena trained at Italia Conti Academy of Theatre Arts, London and graduated in 2020 with a Trinity Diploma in professional musical theatre.

Ellena is thrilled to be playing the role of Fairy Fortywinks this Christmas in Sleeping Beauty. She hopes you all enjoy the show and that you give the wicked fairy Carabosse an extra loud “Boo!” 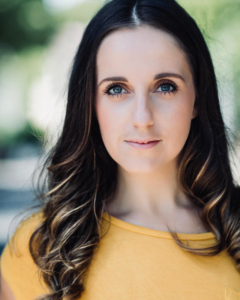 Harriet trained at Performers College and graduated with a Trinity National Diploma in professional musical theatre.

Harriet is incredibly excited to be returning to Weymouth Pavilion this Christmas and starring alongside some of her favourite panto performers. 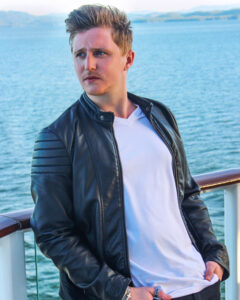 Tommy McGowan was born and raised in Glasgow, Scotland and has had a passion for the performing arts from a young age. At 16 he began his training at the Dance School of Scotland and moving into Guildford School it Acting and  Motherwell College where he gained a BA Honours Degree in Musical Theatre.

Tommy has spent the last few years travelling the world on Royal Caribbean and Norwegian Cruise lines performing in Broadway and West End shows. Tommy is incredibly thankful to be back in stage and joining the amazing cast and crew for Sleeping Beauty in Weymouth this Christmas!

Theatre credits include: Drew Bowley in Rock of Ages, Galileo in We Will Rock You, Clyde Barrow in Bonnie and Clyde, Roger Davies in Rent, Chad in All Shook Up, Prince Charming in Cinderella, Charlie Price in Kinky Boots, Joe Casey in Our House.